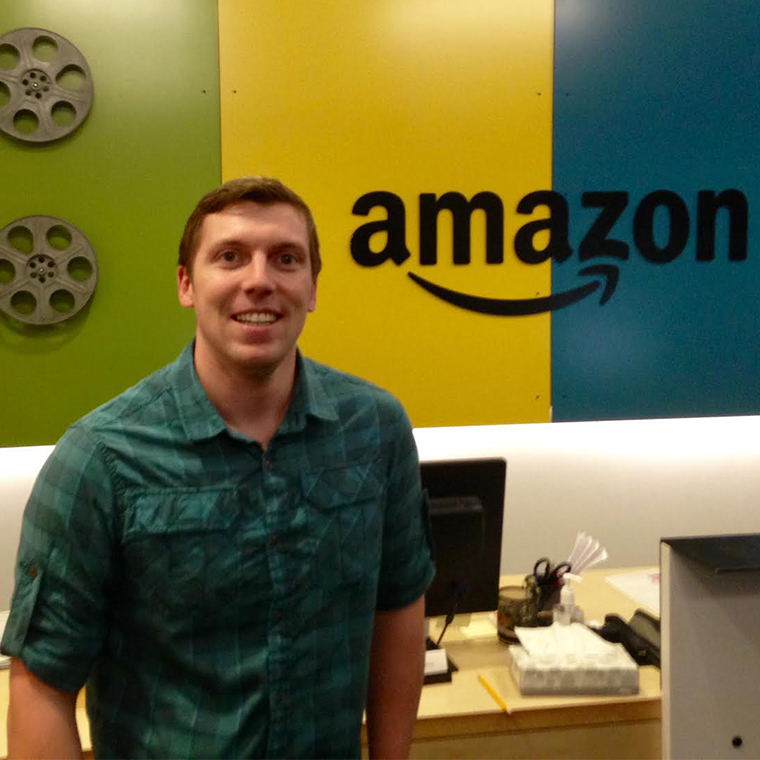 About as far away in the continental United States that one could get from Coastal Carolina University, Patrick Doring was representing his alma mater hard. The Chant basketball team had just tipped off against top ranked Virginia in the NCAA Tournament. Inside a Seattle bar, Doring was cheering on the Chanticleers, drawing the attention of Pacific Northwest locals who, impressed with his passion, joined the cause. The epic upset bid fell just short, but Doring represented CCU well.

However, Doring doesn’t just represent Coastal once a year during March Madness. In reality, he proudly represents his former university each and every day he reports for work at Amazon. Working as a software engineer at the mega global company, he freely gives credit to Coastal for instilling in him skills he uses on a daily basis.

“What I learned at Coastal gave me the essential skills necessary to grow as a programmer. Almost more important than what I learned was learning how to learn.”

So whenever Doring is analyzing a software change or creating something that millions of people will enjoy, he is utilizing skills that he gained at Coastal to help him succeed. How is that for representation?

Originally from Lake Wylie, S.C., Doring’s experience at Coastal probably could not have been much better. He studied hard when it was appropriate, but he also had fun. He balanced his job working at Kimbel Library with plenty of surfing and socializing. When Doring received his degree in computer science in 2011, he had completed a well-rounded experience, one that would take him to the headquarters of one of the most well-known companies in the world.

Taking risks and venturing outside of one’s comfort zone is the advice Doring has for new graduates. He also reminds young people that regrets will be greater for things not done as opposed to those that are done. No one is a better product of this advice than Doring himself. Over 3,000 miles away from everything he once knew, his decision to go from one end of the country to the other has him in a position that many people can only dream about.