Hi, my name is Khyle Mingo! I first saw Coastal’s campus when I visited my friend, Michael. He filled me in on some details about the University and also told me about the CCU club rugby team and that I would be a good fit. Coastal for me is a school big enough to have every type of personality but not too big to a point that it is overwhelming.

What has kept me at Coastal is that it continues to build in my heart, with the support to be great and to be a leader. The school has done a lot for me in many different respects. In the classroom it has involved me with the National Honor Society and a few honor fraternities. On the field, the CCU club rugby team has made the biggest impact as it is a family within the school. Playing on the team has landed me offers from semi pro teams, International college teams and even blessed me with being able to chase my dream to play on the United States Olympic team. 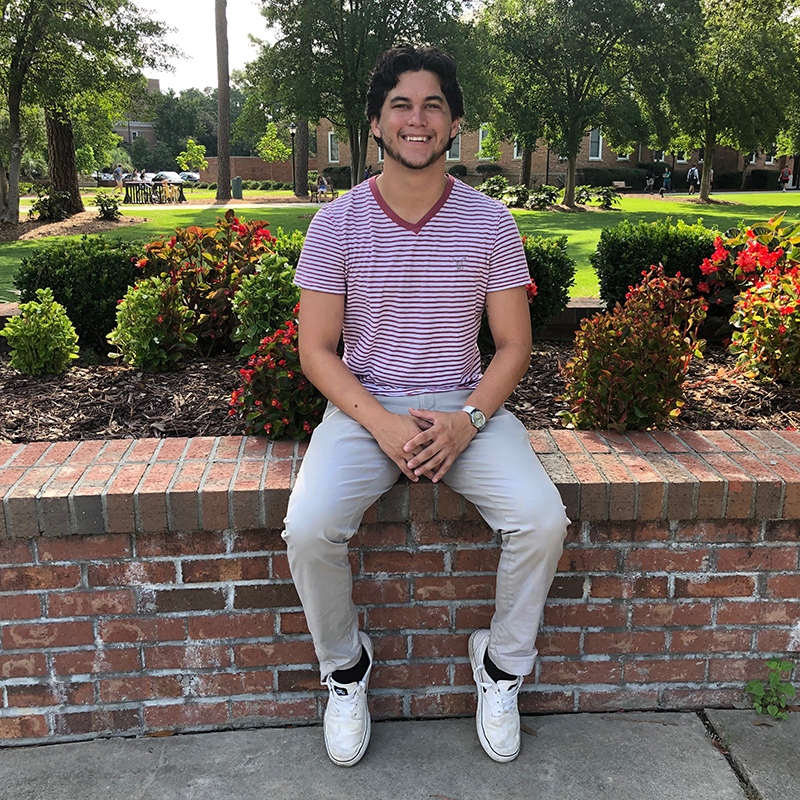 Favorite person on campus: The Student Union manager and my boss, Chris Adrian

Favorite trait of #CCU: The growth.

Item you would bring to a deserted island: A lot of food

Dream job:  CEO of a hospital

Motivating factor in life:  Never wanting to be outworked.

Bonus Info: I am attempting to play for the United States Olympic rugby team.