From Conway to Kenya

While students are making noteworthy achievements within the Edwards College, some are making them across the globe. Sydney James, anthropology and geography major and Edwards Research Fellow, recently earned one of three fellowships awarded nationally to study at the Koobi Fora Field School in Africa in Summer 2018. James will explore some of the most remote parts of the continent to search for evidence of Hominins dating back 2 million years. 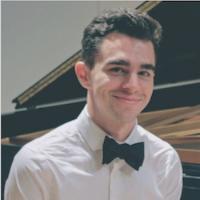 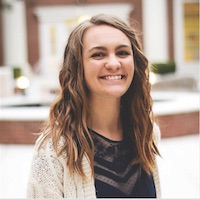 Two students in the Department of Music scored big when they were selected to present their undergraduate research at the College Music Society Mid-Atlantic Regional Conference in March 2018. Brenna Kallod and Christopher Wright, music performance majors in flute and piano, respectively, showcased their work with some of the brightest minds in music across five states.

Musical theatre majors Ashlyn Combs, Chloe Campbell, Erin Paxton, Sophia Kider, Ethan Babson and Kaleb Jenkins were the victors in the 2017 Carolina Master Chorale Vocal Competition. The vocalists were selected to perform with the Master Chorale as part of their Broadway Blockbusters concert in October 2017, accompanied by pianist Daniel Francis and directed by Timothy Koch, both teaching associates in CCU’s Department of Music.

Recent grads are already making big moves in the working world. Nikko Smith, a May 2018 honors graduate in the Department of Theatre, will be appearing in a recurring role in the 2018 season of Queen Sugar on the Oprah Winfrey Network (OWN). Be sure to tune in and catch Nikko throughout the show’s run during Summer 2018.‌