Coastal Carolina University, Conway and surrounding areas had scarcely recovered from Hurricane Matthew in 2016 when Hurricane Florence made landfall in October 2018, producing a second 500-year flood in the span of just two years. With hurricane season becoming a yearly obstacle, what do we, as a University and a community, do when flooding is our new normal? 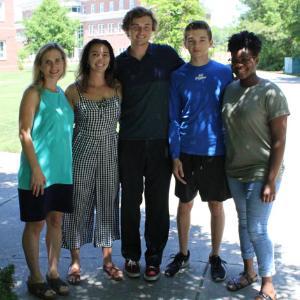 With three weeks of classes canceled and students, faculty and staff suffering from flooding, CCU, like most of the Carolinas, was left reeling after Florence. While our campus came together to recover and adapt to the lost class time, Julinna Oxley, professor in the Department of Philosophy and former director of the Women’s and Gender Studies program, saw an opportunity for experiential learning in her Social and Political Philosophy course. She took on the challenge of restructuring her syllabus to focus on hurricane preparedness and infrastructure at CCU in the aftermath of the storm.

Oxley lived in New Orleans in 2005 when Hurricane Katrina hit the area and knows the perils of inadequate infrastructure firsthand. She argues that, with a better long-term infrastructure plan in Horry County, our area wouldn’t have suffered the degree of road closures and housing development flooding that followed the hurricane.

“When the flood started happening, I was like, ‘Wow, this is a great opportunity for us to see how social political philosophy has impacted what’s happening right now,’” Oxley said. “People say ‘natural disasters,’ but they’re never natural disasters; there’s a social and political condition that has made that situation either better or worse.”

The ultimate goal of Oxley’s restructured class was to present ideas and recommendations to move CCU toward becoming a more sustainable campus and community. For the second half of the semester, students researched sustainability initiatives and interviewed staff members at CCU and other universities in areas impacted by hurricanes. They used the material and data to formulate a proposed plan for hurricane preparedness and environmental protection.

“Although CCU is no stranger to hurricanes, Hurricane Florence resulted in new problems for the University that were previously unseen: Road closures made it so the school could not supply food, and students experienced new rates of poverty due to the lack of work,” said Hess.

Oxley’s restructured experiential learning course gave Hess and other students the opportunity to take on a project that tackled real problems and demanded real solutions.

One staff member the students consulted was CCU sustainability coordinator Jeremy Monday, who believes in Oxley’s mission to take students out of the classroom and into the world of environmental action.

“Experiential learning is incredibly important as it pertains to environmental advocacy,” said Monday. “It is often hard to understand the impacts that humans have on the environment when only receiving information from a book.” 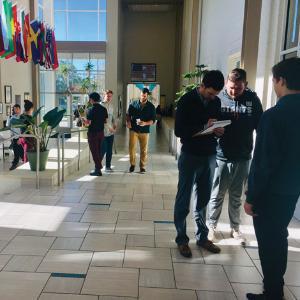 Oxley’s course concluded with a day of activism in the Lib Jackson Student Union rotunda, where her students conducted surveys about student experiences with the hurricane. They also distributed materials to raise awareness of the Sustainable Development Goals Accord and collected signatures on a petition encouraging CCU to affirm the University’s commitment to inspiring and advancing education’s critical role in fostering sustainable development.

The restructuring and shift in direction for the course was challenging for both Oxley and her PHIL 315 students, yet they believed the effort was worth the potential result. As the semester progressed, Oxley said one sentiment became a refrain among her students. 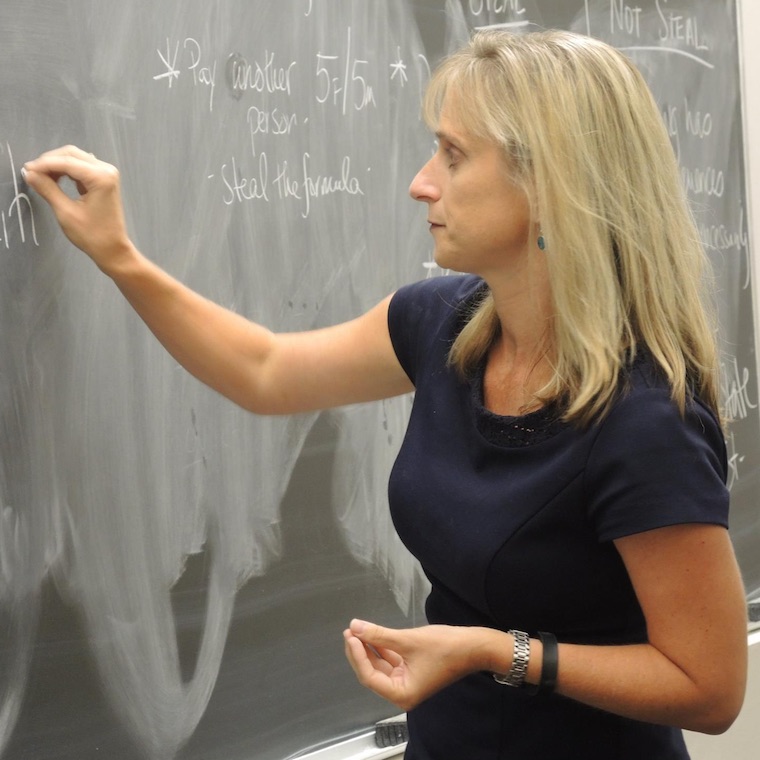 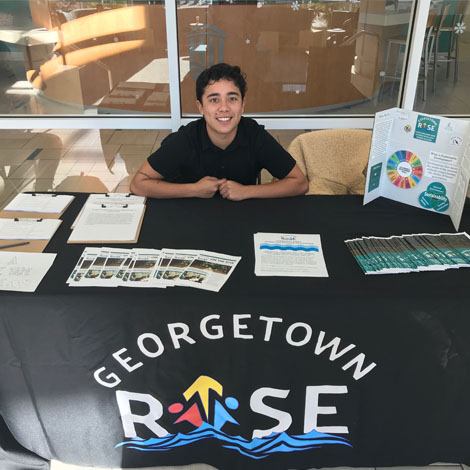