In a move that demonstrates its continued presence on the world stage, Coastal Carolina University’s Department of Intelligence and Security Studies has entered a collaborative agreement with a globally recognized, international academic journal. In July 2021, the department assumed editorial supervision for the Journal of European and American Intelligence Studies (JEAIS), which means CCU faculty will have an ongoing role as managing editors of the journal, on an annual rotation. It also means CCU students may have an opportunity to participate in international academic scholarship and research. 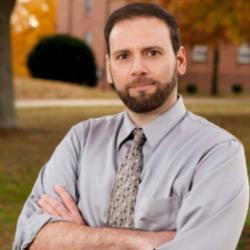 Joseph Fitsanakis, professor in the Department of Intelligence and Security Studies, is the first and current CCU-based JEAIS managing editor, having signed the memorandum of agreement with the sponsoring body, the Research Institute for European and American Studies (RIEAS), in July 2021. In 2022, the managing editor role will be transferred to another CCU departmental faculty member.

Fitsanakis described JEAIS as innovative and synergetic, a perfect match for CCU’s program.

“This journal is very internationalized in flavor; it establishes lines of communication and cooperation among scholars, especially in Europe and the United States, but beyond that, even scholars from other regions of the world,” said Fitsanakis. He noted that one recent volume of the journal focused on intelligence studies throughout Africa, while another issue featured articles from writers in Belgium, Holland, and India. “It is one of those journals that makes an impression based primarily on its innovative approach and global perspective. We felt this is the kind of journal that represents Coastal’s intelligence program very well. We are a very innovative department and program, and we aspire to have a global perspective on this field and discipline of intelligence and security studies.”

John Nomikos, director of the REAIS and chairman of the European Intelligence Academy (EIA) – both based in Athens, Greece – noted the journal’s emphasis on publishing the work of burgeoning researchers.

“CCU's Department of Intelligence and Security Studies and the European Intelligence Academy (EIA) under the supervision of the Research Institute for European and American Studies (RIEAS), focus on transatlantic security and intelligence studies and provide an academic platform through JEAIS for young scholars in the international community to promote their research findings.”

The department’s close involvement in the journal means CCU students may earn opportunities to participate in the process.

“Because we have editorial supervision, we can envision possibilities for our students to get involved in it to help format it, edit it, and learn how the process takes place in an academic setting,” said Fitsanakis. “And eventually, there’s potential for really good students to submit articles for publication.”

From a broader perspective, Fitsanakis noted, having this editorial role embedded within the department means students will have direct access to a professional model that sits at the heart of the department’s academic work.

“Our department has had pretty good success in placing students in the job market, but with this particular move, we also are making the point that we are combining the practitioner/scholar model,” said Fitsanakis. “In other words, it’s not enough to just go into practice; eventually you must also understand the theory behind what it happening in the world and in our field. We’re trying to establish, both to our students but also to our colleagues in other departments and fields, that we see those things as two sides to the same coin. Theory is important, and practice is important, and the two of them should ideally be combined in the same person.”

CCU’s Department of Intelligence and Security Studies has achieved other notable disciplinary accomplishments, including students who have earned nationally recognized international scholarships, students who have published in academic journals, and alumni hired within state and national intelligence agencies. This editorial role, Fitsanakis said, continues a pattern of excellence within the program.

“This partnership helps continue to place Coastal on the academic map of not just the country, but the world. Working on a journal that houses articles from writers as far as Africa and India – that’s the definition of internationalizing our work here at Coastal.”