The Future is First-Gen

Edwards College celebrates first-generation students by creating a network of support and accessibility.

As students file into their new campus on move-in day, emotions are high: Excitement, nervousness, and confusion reign supreme. Even the best prepared students are confronted with an unfamiliar situation, but for the 27 percent of first-generation students coming to Coastal Carolina University each year, the new campus can feel like a new planetary dimension.

CCU defines “first generation” as a student whose parents did not attend a college or university or did not graduate before their child graduated high school. Thus, the individual may be less familiar with the nuances of college life, resulting in a potential disadvantage in becoming acclimated to the university environment. However, CCU faculty and staff are taking measures to ensure these students are not alone. A grassroots, faculty-generated initiative aims to provide support and connection to this cohort of new Chanticleers.

In 2017, Lisa Winters, assistant professor of sociology and former first-generation student, created a panel of 10 faculty and staff members to begin a campuswide conversation about the unique group. Aneilya Barnes, Clark Chair in the Department of History, Edwards College coordinator for academic initiatives, and former first-generation student, was invited to participate. 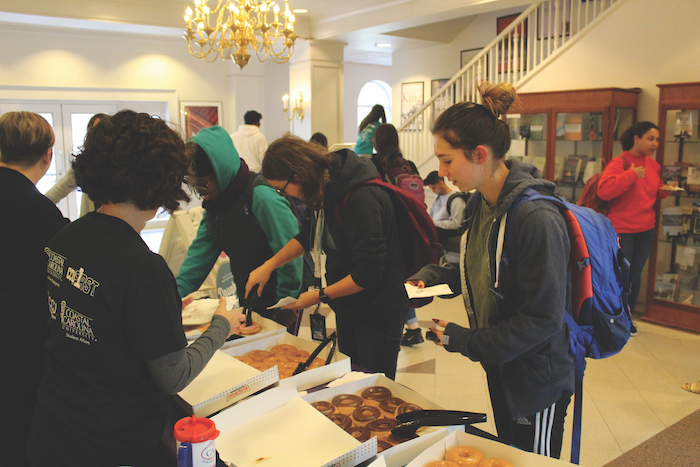 “It was the most powerful thing I have ever been a part of at Coastal,” said Barnes. “As a tenured professor, I realized for the first time just how much my [student] experience was not isolated; I had the very real shared experience with my colleagues on this panel. In listening to stories of confusion and alienation, every one of the panel members wept. And I thought, ‘My goodness, if this is still affecting us this powerfully, more has to be done to help these students.'”

Barnes took the reins of the project, crafting an action plan to involve faculty and staff in supporting students dealing with the everyday struggles of college: finding and paying for books; attending sporting events; scheduling and meeting with professors; and developing study strategies.

Barnes explains how the very terminology surrounding the university can be a riddle.

“We use a lot of jargon: ‘COHFA,’ ‘adviser,’ ‘Moodle.’ What is ‘WebAdvisor’? Even ‘office hours’ — many students don’t know what that concept means.”

While logistical barriers can hinder a first-generation student’s day-to-day navigation of a college campus, it’s larger issues that ultimately lead them to terminate their progress toward a degree.

“The biggest obstacle is that [first-generation students] feel they don’t belong here, so they’re hesitant to speak up,” said Barnes. “They’re unaware of all the free resources that are available to them. They don’t understand they can get free health and mental health services, that the Writing Center and math lab offer academic assistance. We need to frame the conversation to emphasize that these resources are here for everyone.”

Barnes joined the executive committee of the CCU Student Development Council (SDC) to implement this initiative, which involves a three-prong mission of visibility, community, and accessibility, and includes an associated group of first-generation allies. She also created an ad hoc committee within the Edwards College to plan programming. 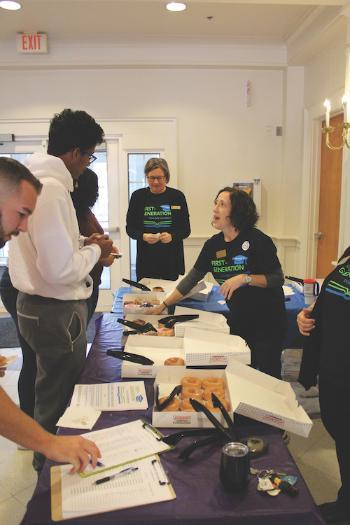 The first milestone was Nov. 8, 2019, recognized as National First-Generation College Day. The Edwards College held “Doughnuts with the Deans” in the lobby of the Edwards Building to allow students to both meet Dean Claudia Bornholdt, who joined CCU in June 2019, and to learn about the first-generation initiative.

“So many students came in, grabbed a doughnut, and asked what the celebration was about,” said Barnes. “When we explained, their face would light up and they’d say, ‘Oh, that’s me!’ And they’d get really excited. We also collected signatures for a first-generation club, which started out with two members and grew to more than 180 students.”

Another event brought students together on the teal turf to create a human tunnel on the ESPN-televised CCU football game on Nov. 4, which included a private pizza party on the Pepsi Patio.

Faculty commitment to the initiative was sealed when, a few weeks later, Bornholdt dedicated the annual Giving Teal Tuesday pledge drive to first-generation scholarships. Edwards faculty donated at the highest level ever and won the competition among colleges for giving.

“The Edwards College community has taken up the banner,” said Barnes. “First-generation students are the future, and we’re going to be here for them.” 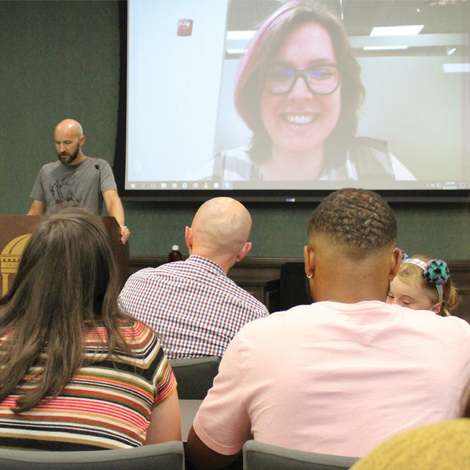 A Passing and Passing On 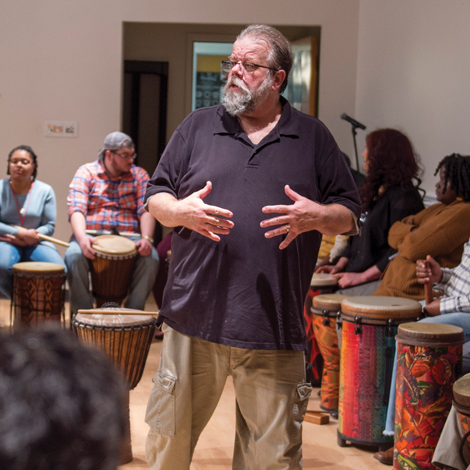