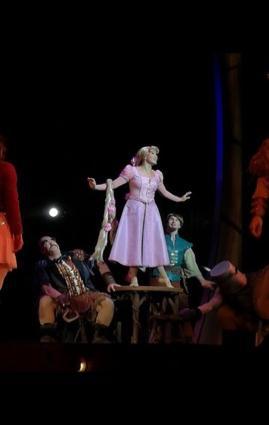 Shelby Dangerfield is a 2016 graduate of Coastal Carolina University and a 2014 graduate of the Jackson Scholar Program for Ethics and Values. After graduating with her Bachelor of Fine Arts in Musical Theater, Shelby was excited to put her education into motion. Two months after graduation and an adventurous journey pursuing the title of Miss South Carolina, she moved to New York City to seek out auditions and a job in personal styling. She continued to learn what “a few blocks” really means to the native New Yorker and after two fantastic months of working and walking, and auditioning, she was offered her first post graduate job at a dinner theater in Lancaster, Pennsylvania. She thrillingly excepted the offer and shared holiday joy while singing loud for all to hear. Shortly before arriving in Pennsylvania, Shelby was also offered a job aboard a beautiful Disney cruise ship, The Disney Fantasy. Disney’s Cinderella has been her idol since she was two so she accepted the offer and began rehearsals for Disney immediately following her performance with the Dutch Apple Dinner Theater. Shelby currently continues to work aboard the Disney Fantasy and will finish her eight and a half month contract in September. She has been portraying characters such as Rapunzel, Sleeping Beauty and at times, our favorite English Nanny Friend; Mary Poppins. Shelby accredits The Jackson Center for opening her eyes to new possibilities and new ways of thinking that helped her venture into the world with confidence and an open mind. She is excited to get back to New York for a while and pursue her future and maybe even get to come back to South Carolina to celebrate some fall Chanticleer football! Chants UP! Autobots, roll out