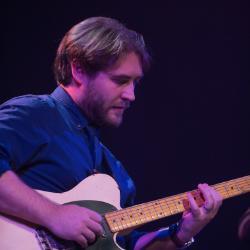 Tim Fischer is a composer, recording engineer, synthesist, guitarist and educator who has worked across the United States as well as in Europe. Growing up in Los Angeles, Tim had the good fortune to study and perform with many of the great musicians that call the city home. Tim has released several albums as a leader and is currently working on an updated and revised edition of Refining Sound (Oxford University Press), a step-by-step guide to sound design.  An experienced computer programmer, Tim has also presented clinics on website development and online marketing for the music and design schools at California Institute of the Arts. Prior to joining CCU, he taught music at several colleges throughout Los Angeles and St. Louis. Tim holds a doctorate in music from the University of Southern California. 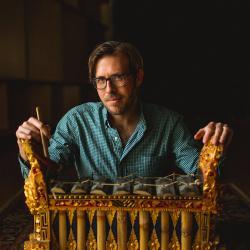 Chris Thomas is a composer for film, television, theme parks, and TED Speaker. ​He’s written music for several Emmy-nominated films, theatrical releases such as Haymaker and Don't Look Back, and Woman Rebel, which was shortlisted for an Academy Award. In 2020, Chris won the Hollywood Music In Media Award for his work on Imagine Symphony Live. He’s worked on film projects with Hollywood stars such as Kathy Bates, Samuel L. Jackson, Bob Odenkirk, Arnold Schwarzenegger, Danny Trejo, Rico Rodriguez, Luke Perry, and Zoe Bell. In television, he worked as a composer, orchestrator, and conductor for networks such as ABC, FOX, HBO and CBS. 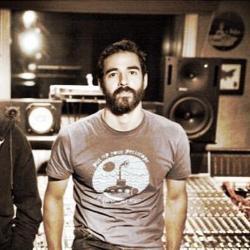 Phil Allen grew up in San Juan Capistrano, California and spent the majority of his time playing and recording music all around Southern California. He graduated from University of Southern California with a degree in Music Industry/Technology. After graduating, Phil built microphones for BLUE Microphones and then went on to be the studio manager and head engineer at Epic Records’ recording studio, Harmony Studios. He had the privilege of working with world class artists such as Adele, Aerosmith, P!nk, Leona Lewis, and Lee DeWyze. When he’s not cooped up in the studio, Phil attempts to run, swim, bike and surf. 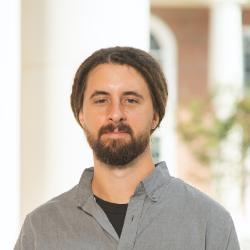 McKinley Devilbiss is a musician, audio engineer, and educator in Myrtle Beach, South Carolina. He is currently a teaching associate in the Masters of Music Technology program at Coastal Carolina University. McKinley has performed and recorded contemporary styles on guitar, electric bass, and upright bass all throughout the United States. Along with performing, McKinley has worked as a live sound, recording, and mixing engineer. In addition to his work in the US, McKinley has performed at the Montreux, Vienna, and Umbria Jazz Festivals in Europe.  McKinley earned a Master’s of Music Technology from Coastal Carolina University, as well as a Bachelor’s of Music Performance and an Associate's in Electronic Engineering Technology. 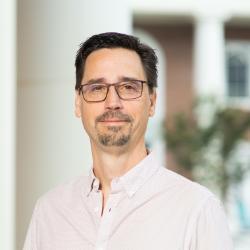 Brian Pinke has a degree in Recording from Indiana University, recording lots of concerts there and at Illinois University at Champaign-Urbana. In Chicago, he worked at Colossal Mastering, Gravity Studios and Chicago Recording Company. After moving to DC, he worked for the Kennedy Center and then the Library of Congress. The LOC’s Audio Preservation Lab is digitizing unique and fragile audio sound carriers such as cylinders, instantaneous discs and open reel tape. Brian also occasionally ran the IRENE imaging system on damaged discs (non-physical audio recovery). He completed CCU’s MTM program in 2022, refining and deepening his skill set. At CCU, he has taught Recording Technology, Acoustics, and Music Appreciation. Other interests include audio and video synthesis, guitars, and the history of electronic music. 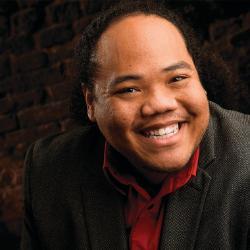 David W. Carter, Jr. currently serves as Assistant Professor of Music Education at Coastal Carolina University where he teaches undergraduate courses in music education and supervises preservice music teachers. Most recently, Carter served as the Director of Education and Outreach for Charleston Jazz–a non-profit organization focused on preserving and promoting the art of jazz. Throughout that time, Carter established a community school of music (Charleston Jazz Academy) focused on jazz education for students of all ages and experience levels.

David served as the Director of Bands and Fine Arts Department Chair at Cane Bay High School (Summerville, SC) where he was named the 2015 Teacher of the Year. Under his direction, his students and bands earned numerous Superior ratings at various competitions and festivals. Carter also travels throughout the southeastern United States as an active jazz, contemporary, and classical musician and clinician.