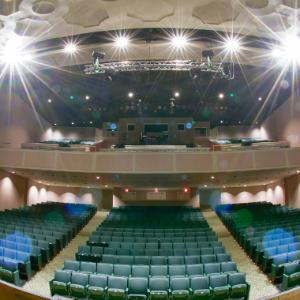 Built in 1981, with a graceful Georgian design of columns and colonnades, the $3.1 million Wheelwright Auditorium was funded almost entirely by private donations from local residents and businesses, including a gift of more than $1 million from the late William A. and L. Maud Kimbel. The auditorium is named for Mrs. Kimbel's maternal grandfather, John Wheelwright, who was involved in the early 1900s with the cotton trade in South Carolina.

In 2000, the auditorium underwent a half-million-dollar renovation. This renovation included the placement of the Italian marble floors in the lobby and an inset of a bronze university seal. Continuing its efforts to have a technologically advanced and comfortable theatre, the university refurbished the seating and installed a sophisticated tracking deck for the stage floor allowing the use of the computerized movement of scenery.

The auditorium hosts hundreds of events each year and is one of the primary performance facilities for the Department of Theatre. With a seating capacity of 786, the department is able to draw large audiences for everything from theatre for young audiences to the great musicals of the past and present. 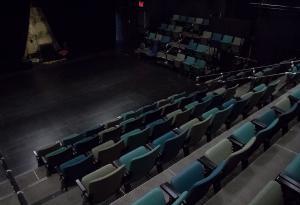 The Edwards Black Box Theatre is a state-of-the-art flexible space able to host everything from student cabaret events to modern musicals. Completed in 2000, the theatre seats up to 120 and has a cutting edge lighting inventory including many intelligent instruments and a sound system purchased in 2016. The theatre serves as the center point of classes, student productions, and faculty productions alike. 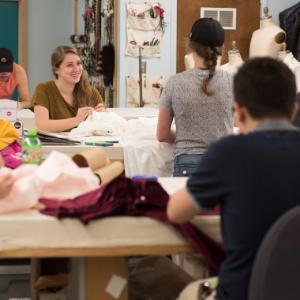 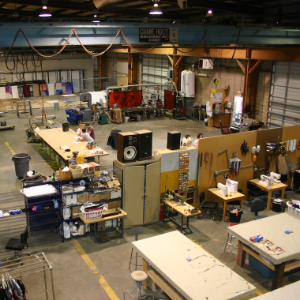 Coastal Carolina University employs the professional model of off-site production studios. All three studios are located across from the main campus and are accessible by university shuttle. The studios are leading-edge facilities with several thousand square feet dedicated to departmental production and the training of our students.

Each studio is supervised by highly qualified managers with years of professional experience ranging from Broadway to the academic stage. It is in these studios that our students obtain rigorous professional training in all aspects of technical production.

Properties, Costumes, Paint, Carpentry, Welding, Millinery, and many other skills are practiced each and every day in support of our extensive production calendar. 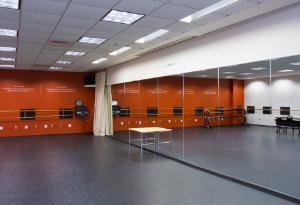 Spacious acting and dance studios serve as the unofficial home away from home for most of our performance majors. Students spend hours in these spaces preparing for their careers. Acting, Movement, Tap, Jazz, Ballet, and even occasional Hip Hop classes are taught in the studios.