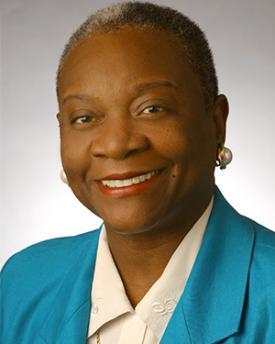 Carrie Brown, D.M.D., practiced dentistry in Lexington, Ky., for 28 years before retiring in 2012. She served as the 91st president of the National Dental Association (NDA), which has 48 chapters in the United States, Canada, Latin America and the Caribbean, representing more than 6,000 minority dentists.

A native of Choppee, S.C., Brown has been very active in many professional organizations, civic associations and church groups. She has held several leadership positions including president of the Lexington Alumni Chapter of Delta Sigma Theta Sorority; president of the Tuskegee Blue Grass Alumni Club; president of the Kentucky Dental Society; board member of the NDA; corporate board member of the Delta Dental Plan of Kentucky, Inc.; chairperson of the Ministry of Christian Education at Quinn Chapel AME Church; and worked as a mentor and instructor in the couples and pre-married ministry at Consolidated Baptist Church.

Brown held leadership positions with Volunteers of America, the Kentucky Higher Education Assistance Authority, Habitat for Humanity and the Bluegrass Dental Society. She has served as a mentor and role model for the dental students at both the University of Kentucky and the University of Louisville.

Brown earned a bachelor’s degree in biology from Tuskegee University, a medical technology degree from St. Mary’s Memorial Hospital in Knoxville, Tenn., and a dental degree from the University of Kentucky College of Dentistry.

She and her husband, Thomas Brown, a retired electrical engineer, have two daughters, Dr. Sakita Brown, a pediatric dentist, and Shekira Brown, a marketing manager for the Coca Cola Company. 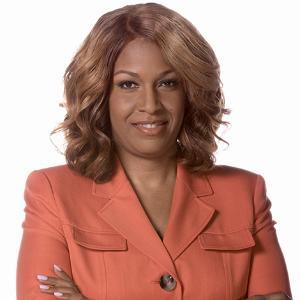 Suncera Johnson, an author and entertainment industry veteran, lives in North Myrtle Beach, S.C. She survived an upbringing beset by alcoholism, addiction and religiosity while rebounding from young single motherhood marred by excommunication, poverty and hopelessness. She found strength through her relationship with God.

With no college degree or formal training, Johnson began her career as a temporary administrative assistant at Spike TV. Her work now spans across companies such as Atlantic Records and MTV along with credits on top-rated television shows on ABC, NBC, FOX, VH1, OWN and more. She is a member of the Producers Guild Association, New York Women in Film & Television, and the National Association of Television Program Executives.

Johnson is the founder and CEO of amass digital, a digital advertising agency that has worked with companies such as iHeart Media, CBS Digital and Townsquare Media to deliver targeted digital co-branded campaigns affiliated with Fiat, Grand Marnier, McDonald’s, Vitamin Water, Nickelodeon, Mazda and other major firms.

Her I.D.E.A. method of audience development teaches brands to identify, develop, engage and amass an audience across social media using targeted ad campaigns. She also is the author of “Dear God: Passionate Prayers in 140 Characters or Less” and is developing the book series “Talks with God: 30 Days of Inspiration.” As part of the founding team of a YouTube multi-channel network, Johnson played an integral part in launching and growing audiences on channels such as LIVES with Meredith Vieira and JAY Z’s Life+Times. 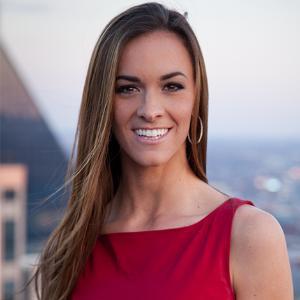 Britnie Turner is the founder and CEO of Aerial Development, a Nashville-based residential and commercial development company that aims to revitalize urban neighborhoods and tackle social issues.

A native of North Augusta, S.C., Turner bought her first house as a teenager during the 2007 recession. She was working at the Cheesecake Factory at the time and spent every free moment in the kitchen reading various real estate investment books. After moving to Nashville two years later, she worked without pay for a couple of real estate investors for nine months just to learn the business, sometimes living in her car. She started flipping houses on her own, wearing multiple hats as homeowner, agent and rehabber, and her real estate career took off, quickly growing into a multi-million-dollar business.

Turner founded Aerial in 2009 at the age of 21 with the mission of elevating people and places. She has since formed multiple companies under the Aerial brand, all accelerating the mission by empowering people, sustaining the planet and utilizing capitalism as a force for good. Aerial is focused on mindfully revitalizing the urban core by donating a percentage of its profits to support nonprofit organizations in its community and sponsoring an orphan in Kenya for every home it sells in the name of the homebuyer. Through the success of her companies, Turner is resetting the standard of what is possible for women and young people across the globe. She has won several national and international awards for speed of growth, innovation and trajectory.