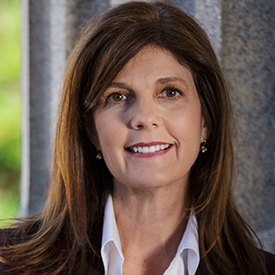 An entrepreneur and businesswoman, Evette founded Quality Business Solutions Inc. (QBS), a payroll, human resources, and benefits services firm headquartered in Travelers Rest, S.C. Under her leadership as president and CEO, QBS grew from a start-up to one of the nation’s fastest growing small businesses. The company has also been repeatedly honored among the fastest growing and best places to work in South Carolina.

Evette has received numerous business and professional accolades, including the ATHENA Leadership Award®; the Enterprising Woman of the Year Award; the Women Presidents’ Organization 50 Fastest-Growing Women-Owned/Led Companies Award; and as a member of the Impact 50, an annual ranking of the most powerful women leaders of Inc. 5000 companies.

Evette is passionate about, and has been focused on, improving educational performance in her community, assisting the elderly and the young, and helping small- and women-owned businesses. She is a member of Women’s Business Enterprise National Council and Women Presidents’ Organization and serves on the board of directors of the St. Francis Foundation, affiliated with Bon Secours St. Francis Health System, and the National Association of Professional Employer Organizations, where she is also an emeritus member of the state legislative committee.

A native of Ohio, Evette earned a bachelor’s degree in business administration in accounting from Cleveland State University. She lives in Travelers Rest with her husband, David, and their three children as well as her mother, Jennie. 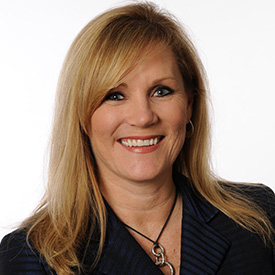 Gayle Resetar is executive vice president and chief operating officer of Tidelands Health. She first joined the organization in 1990, and now has day-to-day operational responsibility for the system. She has held numerous positions, including assistant administrator at Tidelands Georgetown Memorial Hospital.

Resetar also led the construction and start-up effort for Tidelands Waccamaw Community Hospital, which opened in 2002, and Tidelands Health Medical Park at The Market Common, which opened in 2019. She is a fellow of the American College of Healthcare Executives and a past winner of ACHE’s Regents Award for recognition of the young health executive of the year in South Carolina.

Resetar earned a bachelor’s degree in business management from Fairmont State University in West Virginia, and a master’s degree in health care administration from the University of South Carolina. 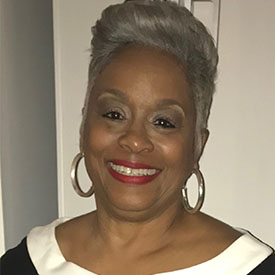 She chaired the committee to establish the first Homeless Court in Myrtle Beach. The court is designed to address underlying issues of homelessness in lieu of jail time and fines of persons charged with misdemeanors in the Myrtle Beach Municipal Court. The committee met for more than a year, and on May 13, 2019, Judge Wilson presided over the first Homeless Court session. The Homeless Court, held bimonthly, allows repeat offenders to participate in a diversion program instead of jail time or paying a fine. The programs include addiction recovery and courses about coping skills, among other topics.

Wilson grew up in Walterboro, S.C., a small town just south of Charleston. She earned a bachelor’s degree in political science from Spelman College in Atlanta, Ga., and a law degree from Rutgers University School of Law in New Jersey. She served as a law clerk to then Circuit Judge Ernest A. Finney Jr., who was South Carolina’s first black circuit judge and subsequently became the first African American Chief Justice of the S.C. Supreme Court.

Her background includes serving as public defender and prosecutor, and owning a private practice as a criminal defense attorney. In 2010, Wilson earned the Conway branch NAACP Ernest A. Finney Jr. Award for historic achievement and Myrtle Beach’s Dr. Martin Luther King Jr. Drum Major for Justice Award. She is a member of the S.C. Bar, S.C. Women Lawyers Association, and the S.C. Black Lawyers Association. Wilson’s two children attend Coastal Carolina University, and she has one granddaughter. She attends St. Anne’s Episcopal Church in Conway.