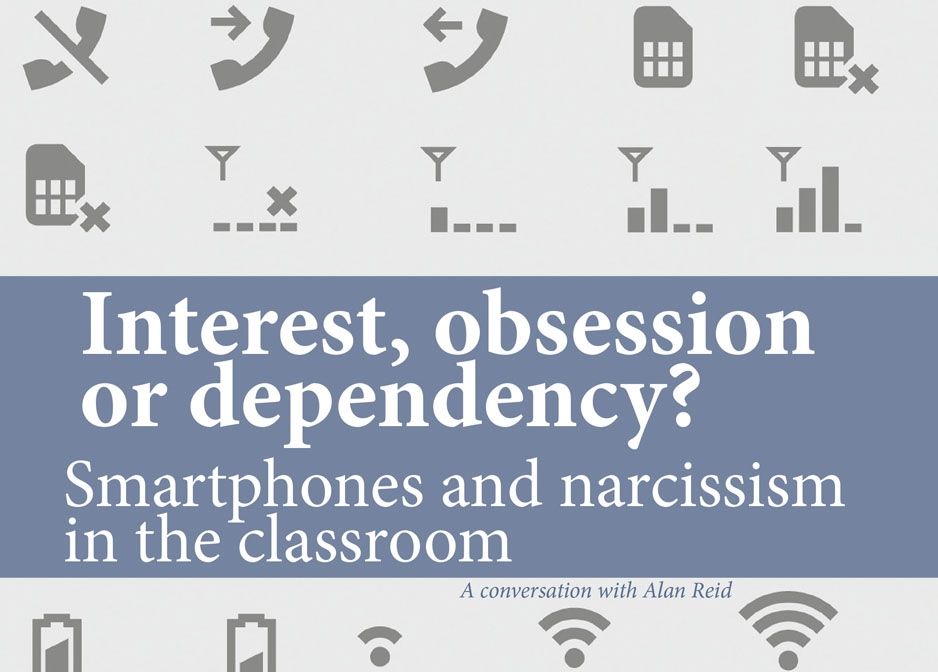 Smart Phones and narcissism in the classroom.

Don’t bring up the topic of smartphones with professors; they put the loathed devices on pocket arrest. While most heads of classroom view smartphone usage during class time as an act of narcissism, Alan Reid, assistant professor in the Department of English, has found the devices may have more enlightening implications than we think.

Using an app called Moment to track smartphone usages in conjunction with the NPI-40, an online test that gauges levels of narcissism, Reid drew some interesting conclusions. He recently took a moment to discuss his research as presented in his forthcoming book, The Smartphone Paradox: Our Ruinous Dependency in the Device Age.

‌Why study smartphone usage and narcissism in the classroom?

‌AR: Teaching undergraduate classes in first-year writing, I was constantly competing against students’ personal technologies. Rather than prohibiting students from bringing their devices to class, I design in-class assignments to include mobile devices, and we routinely discuss the myth of multitasking. Still, I was curious to learn what compels students to engage with their smartphones in nonacademic ways during class, and based on a gap in the academic literature on technology and psychological traits, I chose to investigate narcissism.

What did you discover about smartphones and narcissism?

AR: Narcissism was inversely related to smartphone usage; that is, narcissists typically do not spend a lot of time on their smartphones. If you think about it, this makes sense. We observed the primary use to be socially integrative, which is a truly non-narcissistic activity. Scrolling others’ social media feeds is the opposite of self-absorption. Females’ smartphone usage was primarily social (either for communicative purposes or for social media), and males used their smartphones primarily for information seeking.

Does your forthcoming book, with chapter titles such as “Just Google It” and “Phone Psychosis,” include these types of conclusions?

AR: Much of the book speaks from the perspective of overuse and dependency. As the title suggests, smartphones have a paradoxical nature about them; they can connect us to everything and they can divorce us from everything. They deliver us to information and strip us of knowledge. The book deals mostly with this smartphone dependency or compulsivity and how it takes a toll on us cognitively, socially, emotionally, psychologically and even physiologically.

What do you see as the future of smartphone usage within the next 10 years? Beyond that?

AR: I think that we will start to see a humanistic renaissance from the younger generations in the coming years. And when I say “younger generations,” I mean 10 and under. I think of my own children and how they see us on our phones constantly. They’re competing for our attention, and I don’t think they like it. I hope that future generations will use the device as just that: a device. It should facilitate our lives, not consume them. 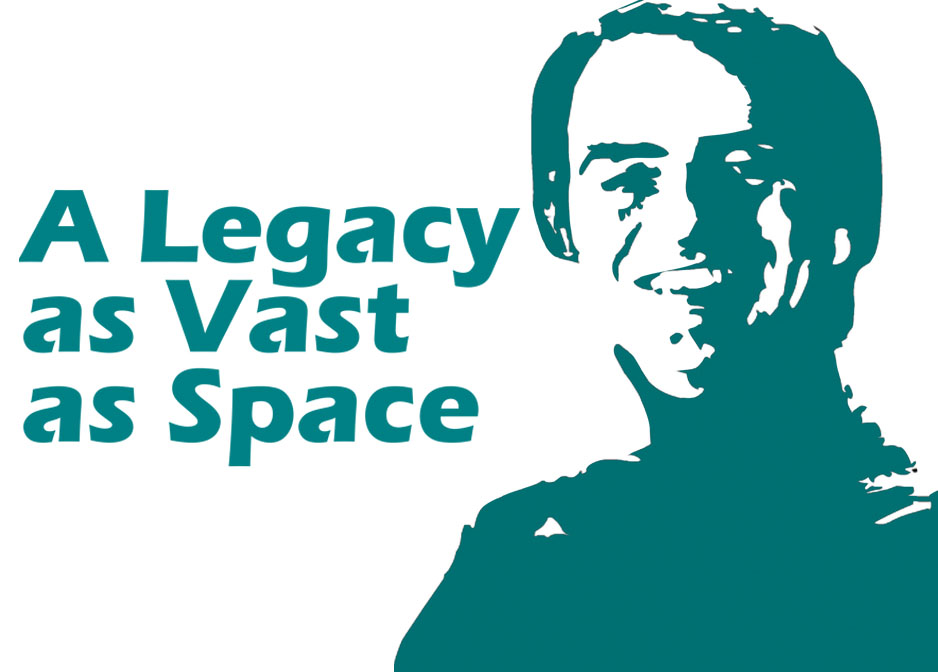 Being an astronomer, author, cosmologist, astrobiologist and physicist all in one is enough to make one notable. Add more than 600 published scientific papers and articles, cinematic adaptations of his novels and 30-plus acclaimed awards including a Pulitzer, Peabody and several Hugo awards, and you have Carl Sagan.

During his extensive career, Sagan provided a plethora of knowledge and insights, and this year, Coastal Carolina University sought to honor his legacy.

On Nov. 9, 2017, CCU held its first celebration of Carl Sagan Day, organized by Jeffrey Halverson, associate professor in the Department of Philosophy.

“[Sagan] was responsible for bridging the humanities and the sciences, weaving physical science in with philosophy and religious studies,” Halverson said. “When you look at all his discoveries and achievements, you come to see that his legacy is unmatched.”

The premiere event was a lecture by NASA research scientist Joel Levine titled “Human Exploration of Mars: Why Mars? Why Humans?” Levine’s 41-year career as a senior research scientist in the Langley Science Directorate resulted in vital contributions to many NASA programs, and his extensive career allowed him to work with Sagan on the Voyager mission in the late ’70s. The day’s celebrations also included space-themed items at Hicks Dining Hall and displays of Sagan’s published works within the library.

A diverse body of students was in attendance for the lecture, with a number of majors represented.

“The astronomy students asked very specific questions, such as the atmosphere on Mars, as well as the specific technical challenges of getting there,” said Halverson. “In contrast, humanities students wanted to know the specific reasons for exploring Mars. Levine was able to give poignant answers to everything, so everyone in attendance, no matter the major, was able to pull something insightful from his lecture.”

Next year’s event brings Janna Levin, associate professor of astronomy at Columbia University, to the CCU campus to discuss black holes, gravitational waves and the cosmology of extra dimensions. Halverson plans for the campus-wide celebration to take on more collaboration among the philosophy, English and physical science departments and believes the annual Carl Sagan Day will continue to provide students across multiple colleges with astronomical benefits.