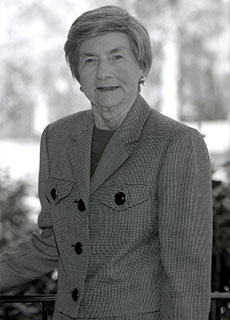 Alberta Lachicotte Quattlebaum was a writer and historian best known as the author of Georgetown Rice Plantations, a definitive history of the plantations of Georgetown County. The book, first published in 1955, is widely regarded as an indispensible and influential work of area history. Her book Rebel Senator, a biography of the South Carolina’s Strom Thurmond, was published in 1967.

She graduated from Winyah High School in Georgetown and earned a bachelor’s degree from Winthrop College and a master’s degree in teaching from The Citadel. She worked as a reporter for Charleston’s News and Courier and The Lancaster News in the upstate.

Quattlebaum was awarded the honorary degree Doctor of Public Service from Coastal Carolina University during the May 1998 commencement ceremony.