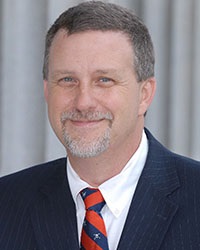 Daniel T. Cooper, was a member of the South Carolina House of Representatives representing District 10 from 1990 until his retirement in April 2011. He served as chairman of the Ways and Means Committee and was been a member of the Medical, Military and Municipal Affairs Committee, the Education and Public Works Committee and the Joint Bond Review Committee. Cooper had an instrumental role in securing state support for Coastal Carolina University.

A native of Greenville, Cooper earned a bachelor's degree from Clemson University in 1984. Cooper has worked as a real estate agent and was vice president of Capstone Insurance Services.

He received the honorary degree Doctorate of Humane Letters from the Medical University of South Carolina in May 2006.

He received the honorary degree Doctor of Public Service from Coastal Carolina University during the December 2007 commencement ceremony.