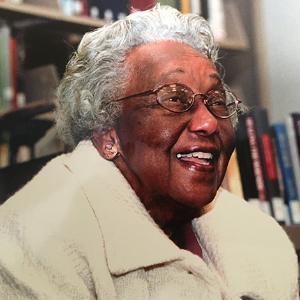 Florida Yeldell was born on January 1, 1915, in Georgetown, S.C. Her mother died when she was 9, leaving her father, a rural mail carrier in Georgetown County, to raise four young girls ages 5, 7, 8 and 9.

She attended boarding school at Morris College, where she earned bachelor's degree in English in 1936 before moving to Andrews, S.C., where she taught fifth- and sixth-graders for two years. During the Depression, she received a scholarship from the National Youth Administration to study history at Howard University, where she earned a master’s degree in 1941. She later pursued doctoral studies at New York University. Yeldell became Dean of Women and social studies instructor at Butler College in Texas. She worked for the government during World War II and continued her service in higher education for more than 25 years, first at Butler, then at successively larger colleges, as an administrator and history professor.

Yeldell retired in 1988 to Murrells Inlet and became involved at Coastal Carolina, where she was instrumental in launching the Third Quarter program, now known as the Osher Lifelong Learning Institute. She also furthered her commitment to advocating the arts as a member of the Wheelwright Council. She worked as a mentor with the National Science Foundation-funded "Jump for the Sun" program to encourage girls and women in math and science, and in the University’s national pilot “Courage to Teach” program.

In 2004 Yeldell made a gift to Kimbel Library to start the Women’s Studies Collection in memory of her father Robert J. Jackson, who encouraged his daughter's love of history.

“Our whole lives we were surrounded with books and magazines,” she said, recalling that her father would bring home the undeliverable mail, which is how she learned to read. “I wanted to remember Papa with books, biographies about women all over the world, to acknowledge the universality of women and to acknowledge we live in a global world.”

In her retirement, she kept active by volunteering to teach history. Through the Art Works continuing education program, Yeldell and her friend David Drayton, principal of the last black-only school in Georgetown County, taught a course on the history of blacks in Georgetown County. Drayton received an honorary degree from Coastal Carolina University in 2003.

Yeldell was awarded the honorary degree Doctor of Humane Letters by Coastal Carolina University during the May 2004 commencement ceremony.