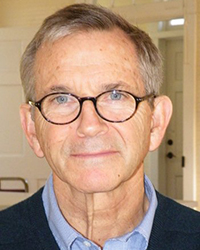 Harold C. Stowe was president and chief executive officer of Canal Industries Inc. from 1997 to 2005. He served as interim dean of Coastal Carolina University's E. Craig Wall Sr. College of Business Administration from May 2006 to February 2007. He has served as an executive-in-residence for the Wall College and is a longtime member of the Wall College’s Board of Visitors.

Prior to joining Canal Industries, the Conway-based timber products company founded by Craig Wall Sr., Stowe was executive vice president of CSI Group Inc. of Conway. During his distinguished career, he also served as an executive with the Springs Company of Lancaster and Fort Mill and with NCNB in Charlotte.

Active in civic affairs, he has served as chairman of the board of trustees of Conway Hospital and as chairman of the Myrtle Beach Air Base Redevelopment Authority, as well as a member of the South Carolina Commission on Higher Education Business Advisory Board. Stowe earned a bachelor’s degree in commerce from Washington and Lee University in 1968 and an MBA from Harvard Business School in 1970.

He was named an honorary founder of Coastal Carolina University in 2013.