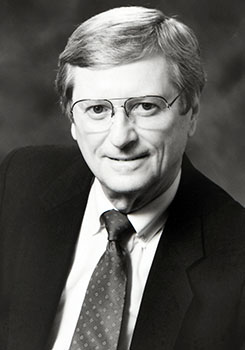 Henry J. Cauthen served as president of the South Carolina Educational Television Network for more than 30 years. He retired in 1998.

With his father, the late John K. Cauthen, he conceived and engineered the South Carolina Educational Television experiment at Dreher High School in Columbia in 1958, which led to the legislative creation of the South Carolina ETV Commission in 1960. Cauthen was instrumental in negotiating with Southern Bell Telephone Company for the first reduced tariff for educational television anywhere in the United States, making possible a statewide closed-circuit instructional television network for South Carolina public schools. Cauthen served as the director of production and engineering for the budding network known as SCETV, and in 1965 was selected to head the network.

He also created the state’s first agency-sponsored on-site child-care facility, The Children’s Place, which doubled as a production site for early childhood training tapes distributed nationally to teachers. He was a key player in the development of the nation’s first master’s degree program in business administration offered through closed-circuit television.

Cauthen was inducted into the South Carolina Broadcasters Hall of Fame in 1979. He was awarded the Order of the Palmetto, the state’s highest civilian honor, in 1988.

Cauthen was awarded the honorary degree Doctor of Public Service from Coastal Carolina University during the May 1988 commencement ceremony.