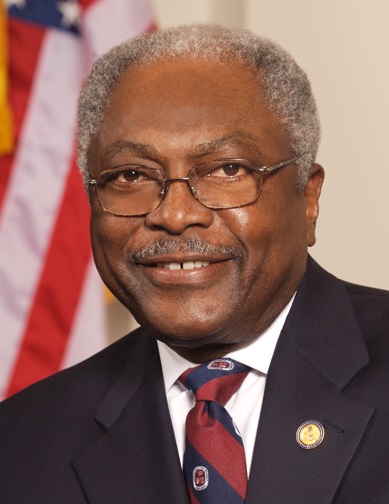 Representing South Carolina's Sixth District, United States Representative James E. Clyburn holds the position of Assistant Democratic Leader in the 112th Congress. He is the leadership liaison to the Appropriations Committee and one of the Democratic Caucus' primary liaisons to the White House.

A native of Sumter, he earned a bachelor's degree in history from South Carolina State University. He worked on the staff of Gov. John C. West and served as the state's human affairs commissioner before being elected to Congress in 1993. Clyburn was elected chairman of the Congressional Black Caucus in 1999, and he served as House Majority Whip from 2007 to 2011.

A lifelong advocate of civil rights, Clyburn was elected president of his NAACP youth chapter at 12 years old and helped organize marches and demonstrations as a student leader in college. As a congressman, he has assisted America's diverse communities by encouraging economic development and educational progress.

"I ran for elective office three times and lost," Clyburn said in his address. "People tried to tell me three strikes and you're out, but life isn't played by baseball rules. When you leave this campus, you may not always succeed on the first try. But I hope, as residents of South Carolina, that you will adopt our state's motto 'While I breathe, I hope,' and never give up."

Clyburn was awarded the honorary degree Doctor of Public Service from Coastal Carolina University during the commencement ceremony.