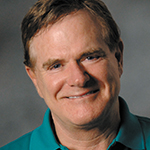 Joe Moglia is the head football coach, executive director of football operations and chairman of Coastal Carolina University’s athletic department. He also is chairman and former CEO of the Fortune 500 company, TD Ameritrade.

In the business world, Moglia was at Merrill Lynch for 17 years and worked his way to CEO of TD Ameritrade in 2001.

Other honors Moglia has received for his life’s work include the Ellis Island Medal of Honor, the Columbus Citizens Foundation Leadership Award, the National Italian American Foundation Special Achievement Award in Business, the American Institute For Stuttering Lifetime Achievement Award, the National Italian American Sports Man of the Year, South Carolina Football Hall of Fame Humanitarian of the Year and the Hero Award from the Stuttering Association for the Young.