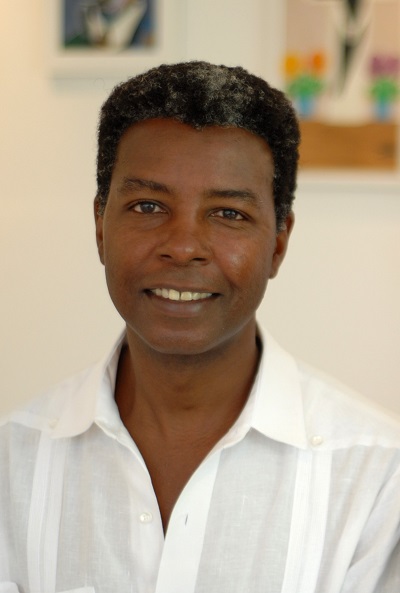 The work of noted painter and printmaker Jonathan Green, known for its vibrant color and dramatic depiction of rural Gullah scenes, is prized by collectors and critics throughout the world. His paintings are displayed in major museum collections in California, Florida, New York, North Carolina, Oregon, Pennsylvania, South Carolina, Vermont, Japan, Germany and Sierra Leone.

Green has received numerous awards recognizing his achievement, including the Order of the Palmetto Award for the Arts from the state of South Carolina. In 2009, he received the NAACP's Key of Life Award for his contributions to the visual fine arts. Green has also been named the 2010 recipient of the Elizabeth O'Neill Verner Governor's Award for the Arts Lifetime Achievement, the state's highest art award.

He was born in Gardens Corner, S.C., and earned a Bachelor of Fine Arts degree from the Art Institute of Chicago in 1982.

Green challenged students to go out and fight for the arts and for human rights. "We need the visual arts, music, dance and theater, combined with knowledge, to make us far better human beings."

"Much of my sense of purpose in life was influenced by my grandmother Eloise who stressed the values of work, love and belonging which has always been reflected in my art," Green said, exhorting the students to seek their life's passion and develop a work ethic. "I believe these essential tasks of life cannot be achieved without internalizing the value of work whether it is that of an artist, accountant, manager of a household, or other essential tasks of survival."