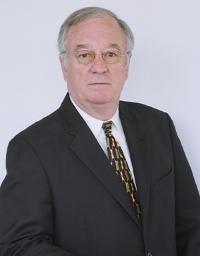 From 1966 to 1974 Larry L. Biddle served as assistant director of Coastal Carolina College, where he taught Spanish, coached basketball and baseball, and helped organize the School of Education. As assistant principal of Conway High School, he founded the nationally recognized Renaissance program, a system of rewards and incentives for students, teachers and administrators.

In 2005, Biddle and his wife Ginny were instrumental in the establishment of the Biddle Center for Teaching and Learning, an outreach of the Coastal Carolina University's Spadoni College of Education, where he served as chairman of the Board of Visitors.

He served on the Commission on Colleges of the Southern Association of Colleges and Schools (SACS), and was elected as the public member to SACS' executive council for 2007, and was vice chairman of the South Carolina Governor’s School for the Arts and Humanities. In 2007, he served as chairman of the committee for the inauguration of David A. DeCenzo, the second president of Coastal Carolina University. In addition, he has been a member of the Coastal Education Foundation.

Biddle has served on the board of directors of Burroughs & Chapin Company, an international development company founded in 1895, chairman of Burroughs Company, a business that restores and leases historic downtown buildings in Conway, and president of the Jerry Cox Company.

Biddle served on the Coastal Carolina University Board of Trustees from 2009 to 2014. In 2011 he was elected secretary/treasurer of the board and he served on the Academic and Student Affairs, Athletics, and Government Affairs committees.