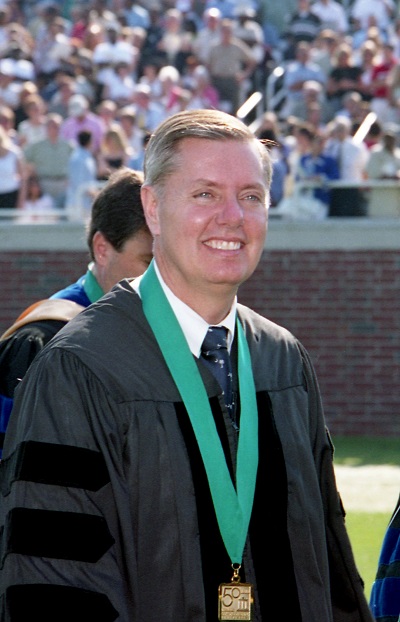 Graham studied at the University of South Carolina, where he earned bachelor’s and master’s degrees and a jurisprudence doctorate. He was born on July 9, 1955, in Seneca, South Carolina.

Graham exhorted graduates to adopt high standards, "be a good person and leave behind more than you took."

"Our nation must focus on education in a global sense," said Graham. "The jobs you're seeking, people all over the world are seeking."

Graham was awarded the honorary degree Doctor of Public Service from Coastal Carolina University during the commencement ceremony.