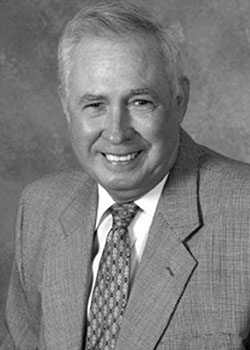 Liston D. Barfield is the first Coastal alumnus to serve in the South Carolina General Assembly, where he was a member from 1985 to 1989; he was reelected in 1997. Barfield served on the Ways and Means Committee of the S.C. House of Representatives and was a member of the S.C. Veteran's Memorial Committee.

A native of Aynor, Barfield served four years in the U.S. Army, including one year in Vietnam.

He was a member of Coastal's first full-degree graduation class, earning a bachelor's degree in physical education in 1975. He also earned a certificate in counseling from South Carolina State University and an MBO from Webster University. In 2001, Barfield was named Coastal's "Distinguished Alumnus of the Year" and in 2005 was named an honorary founder of the University.

Barfield received the honorary degree Doctor of Public Service from Coastal Carolina University during the May 2008 commencement ceremony. He was named an honorary founder of the University in 2005.