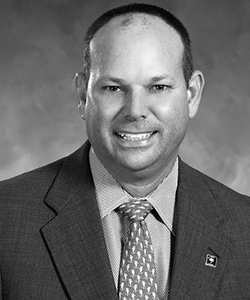 In 2001, W. Brian White began his service for District 6 in Anderson County in the South Carolina House of Representatives. Since then he has served in many capacities before being elected chairman of the Ways and Means Committee in 2011. As chairman of Ways and Means Committee, White is one of the five sitting members on the State Budget and Control Board. He also serves on the Joint Bond Review Committee.

Born in Anderson County, White grew up working in the family business, White's Aviation, a full service charter airline. In 2003, he joined Capstone Insurance Services in Greenville as a licensed insurance agent, specializing in commercial insurance. He attended Erskine College.

White was awarded the honorary degree Doctor of Public Service from Coastal Carolina University during the December 2012 commencement ceremony.