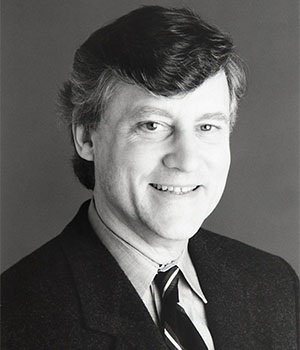 As an author, folklorist, filmmaker and academic administrator, William R. Ferris Jr. has achieved a distinguished record of accomplishment in the humanities during his career spanning nearly three decades. Ferris became chairman of the National Endowment for the Humanities in November 1997.

For 18 years, Ferris served as founding director of the Center for the Study of Southern Culture at the University of Mississippi in Oxford. Under his leadership the university developed the most comprehensive southern studies curriculum in the nation, and the center attained national recognition as a model of regional studies centers. In 1993 the center became affiliated with the United Nations.

A professor of anthropology and a prolific writer, Ferris spearheaded the creation of the Encyclopedia of Southern Culture, published in 1989. Containing entries on every aspect of Southern culture and widely recognized as a major reference work linking popular, folk and academic cultures, the volume was nominated for a Pulitzer Prize. In Russia, Eastern Europe and Australia it has been used a tool for understanding cultural and social diversity.

Ferris’ books include Blues from the Delta (1970), Images of the South: Visits with Eudora Welty and Walker Evans (1978), Local Color (1982) and Ray Lum’s Tales of Horses, Mules and Men (1982). His film Mississippi Blues (1983) was featured as the Cannes Film Festival. Ferris served as a consultant on the films The Color Purple (1985) and Crossroads (1985), and for 10 years hosted Highway 61, a weekly blues music program that aired on Mississippi Public radio.

Ferris is the recipient of many honors, including the Charles Frankel Prize in the Humanities and the American Library Association’s Dartmouth Medal. He was made both a Chevalier and an Officer in the Order of Arts and Letters by the government of France.

Ferris was awarded the honorary degree Doctor of Humane Letters from Coastal Carolina University during the commencement ceremony.