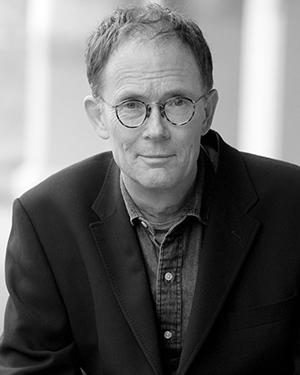 William Gibson is a writer whose books anticipated the internet and virtual reality. He is credited with having coined the term cyberspace in 1982 and popularized it in his first novel, Neuromancer (1984), which won the Hugo Award, the Philip K. Dick Memorial Award and the Nebula Award. Other books he has written include Count Zero, the best selling Virtual Light, Idoru and All Tomorrow's Parties. He also wrote a collection of short stories "Burning Chrome" and co-authored the collaborative novel The Difference Engine with Bruce Sterling. He has been influencial for science fiction authors, filmmakers and musicians, and in the fields of cyberculture and technology.

He received the honorary degree Doctor of Humane Letters from Coastal Carolina University during the May 2008 commencement ceremony.