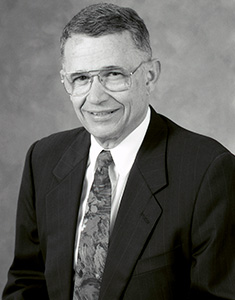 In 1989, William H. "Bill" Davis announced to his partners at Associates in Urology that he was ending his practice to start SOS Healthcare, a Myrtle Beach-based non-profit organization that finds affordable health care for the uninsured. Davis used his connections and the help of hundreds of volunteers to arrange at least 18,000 health-care contacts yearly, opening the door to medical care for poverty-level persons in Horry County.

A native of Elkin, N.C. Davis earned a bachelor's degree from Wake Forest University in 1961 and completed medical school at Wake Forest's Bowman Gray School of Medicine in 1965. Following his residency, he had a successful urology practice in Myrtle Beach from 1971 until 1989 when he became disenchanted with the treatment of individuals needing medical services who could not pay for those services. He operated SOS Healthcare from his home for its first three years.

SOS began its services by offering free visits to more than 150 local physicians, prescription medicines through donations and drug-company programs for the indigent, discounted X-rays and same-day surgeries, care for HIV patients in the Pee Dee region, and Caring 4 Kids, a comprehensive program for children that provided basic necessities and opportunities for advancement. Since then, SOS Healthcare has established the following expanded programs and projects to meet the changing needs of the community: Building Futures Autism Clinic (2007), Dogs for Autism Program (2006), construction of a health and wellness center in the Cedar Branch community (2004), Shared Care (2003), Wallen Dental Fund (2002) and Urgent Dental Care (1999).

Davis was awarded the honorary degree Doctor of Humane Letters from Coastal Carolina University during the May 1999 commencement ceremony.