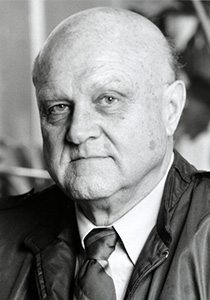 William Alfred Sessions was born in Conway, S.C. His family traces its roots in Horry County from the late 1600s.

A graduate of Conway High School, he earned a bachelor’s degree from the University of North Carolina at Chapel Hill, where he was founding editor of The Carolina Quarterly. He earned a master’s degree in English (Renaissance) and philosophy, and a Ph.D. in English and comparative literature, both from Columbia University. Sessions won a Fulbright scholarship to study philosophy and literature at Albert-Ludwig University in Freiburg, Germany. During his years in New York, he worked as a professional dancer in the Metropolitan Opera Ballet, the musical Brigadoon and in several workshop productions at the 92nd Street Y.

In addition, Sessions has published works as on American fiction writers Julia Peterkin and Flannery O’Connor. Some of his correspondence with O’Connor, whom he knew personally, appears in her collected letters, The Habit of Being, edited by Sally Fitzgerald and published in 1988. Sessions is the author of the forthcoming authorized biography of O’Connor, Stalking Joy: The Life and Times of Flannery O’Connor.

His poetry has appeared in The Southern Review, The Georgia Review, The Chattahoochee Review, and other noted literary journals.

Sessions has lectured at the University of Leicester, University of Groningen in the Netherlands, and Johannes-Gutenburg University in Mainz, Germany. He received the Nikos Kazantzakis Medal for a series of lectures he gave in Greece in 1980 and was named the Bacon Scholar of the Year by the Francis Bacon Foundation and Library in 1988. He was invited to lecture as part of a Renaissance seminar at Oxford University at New College and at Wolfson College, in 1994 and 1995.

He was awarded the honorary degree Doctor of Public Service from Coastal Carolina University during the May 1996 commencement ceremony.