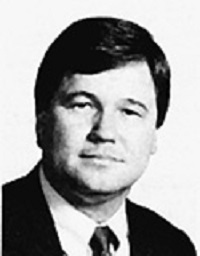 J. Yancey McGill, a real estate agent and residential homebuilder, has represented District 32 in the South Carolina State Senate since 1989. He is chairman of the Senate Finance Subcommittee on Natural Resources and of the North Eastern Strategic Alliance. He serves on the board of directors of the Waccamaw Regional Planning and Development Council.

Among McGill's many honors, he was named the Senator of the Year by the American Legion and received the South Carolina Counseling Association Legislature Award, both in 1999. He received an honorary doctorate from The Citadel in 1994, from Francis Marion University in 2001, and from the Medical University of South Carolina in 2004.

McGill served on the Kingstree Town Council from 1976 to 1979, including serving as mayor pro tempore for two years. He is the former president of the Kingstree Jaycees and the Kingstree Chamber of Commerce. He was born in Kingstree, S.C., in 1952 and attended The Citadel and Francis Marion College.

McGill received the honorary degree Doctor of Public Service from Coastal Carolina University during the May 2008 commencement ceremony.