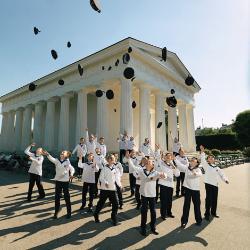 The world-renowned Vienna Boys Choir, which has been singing at Vienna’s Imperial Chapel for more than five centuries, performs on Wheelwright stage for the first time. The full choir, comprised of 100 boys between the ages of 9 and 14, is divided into four touring choirs named after Austrian composers Brucker, Haydn, Mozart and Schubert. The groups combined perform about 300 concerts per year before nearly 500,000 people.

Until 1918, the choir sang exclusively for the imperial court, and in 1924, it was reestablished as a private organization. Since that time, the group has sung more than 1,000 tours in 98 different countries. The choir’s first U.S.A. tour took place in 1931, and its first world tour in 1934-35. 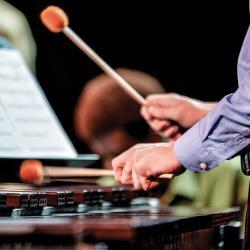 The CCU University Orchestra in conjunction with the Long Bay Youth Symphony presents its fall concert, featuring Bach’s “Brandenburg Concerto No. 3” and Vivaldi concertos (including “Summer” from The Four Seasons). The program also includes symphonic standards by Handel, Mozart, Beethoven and other master composers. 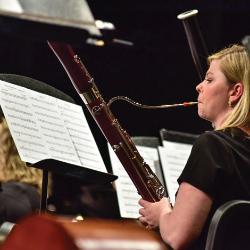 The CCU Wind Ensemble, under the direction of Garrett Griffin, assistant professor and director of bands in the Department of Music, performs its second concert of the fall season. The performance highlights great composers of the wind band genre that impacted the modern repertoire of music from the early 1900s though the modern era. 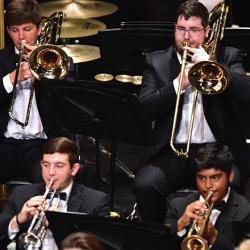 The Coastal Carolina Music Department is showcasing the many talented students and variety of ensembles on November 22nd, during our 2019 Spectrum Concert.  This concert will combine members from the Coastal Wind Ensemble, Percussion Ensemble, World Percussion, and Jazz Ensemble.  This concert is in collaboration with the 2019 Honor band festival, and open to the public.

Wheelwright Auditorium
Admission: free and open to the public 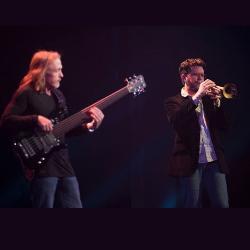 Join Artist-in-Residence Steve Bailey as he hosts the Berklee-Coastal summit, featuring chairs of the prestigious Berklee College of Music performing with Coastal faculty and student ensembles. Bailey will be joined by Tanya Darby (Berklee Brass Chair), Walter Smith III (Berklee Woodwind Chair), and Rick Peckham (Berklee assistant guitar chair) for an eclectic night of music with world-premiere arrangements and the debut of the Coastal Tenet (under the direction of Matthew White).

Led by Director of Choral Activities, Dr. Timothy Koch, the 50-voice Concert Choir and 24-voice Chamber Singers will perform a wide variety of music for the season from around the world and across the centuries.  Several of CCU’s finest student vocal soloists and instrumentalists will also be featured.