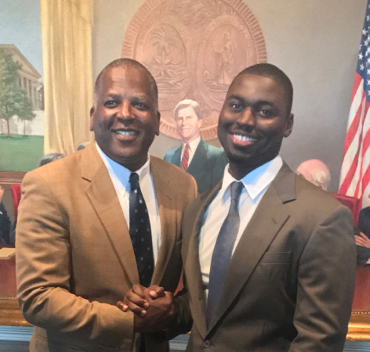 Fleming is currently enrolled in the Masters of Public Administration program at Savannah State University. His anticipated graduation is December 9th, 2017 and he is focused on finishing strong.  He has also begun a job search and applied for positions with public organizations. Over the summer Fleming completed an internship with the City of Columbia SC. As a Mayor's Fellow he supported the Mayor's Office Staff through clerical tasks. Recently, Fleming was accepted to participate in the 2017 Mellon Emerging Scholars Conference hosted by Queen's College. The theme of the conference is Sustaining Diverse and Inclusive Communities.  There he will be presenting a concept called Reverse Gentrification that was inspired by the 2016 STSI institute at Columbia University.  During the institute discussions on how Gentrification happened, he brainstormed how Gentrification could look in a Southern or rural context. This analysis solely focused on Gentrification from a cultural perspective. Fleming is excited to see where this project takes him!